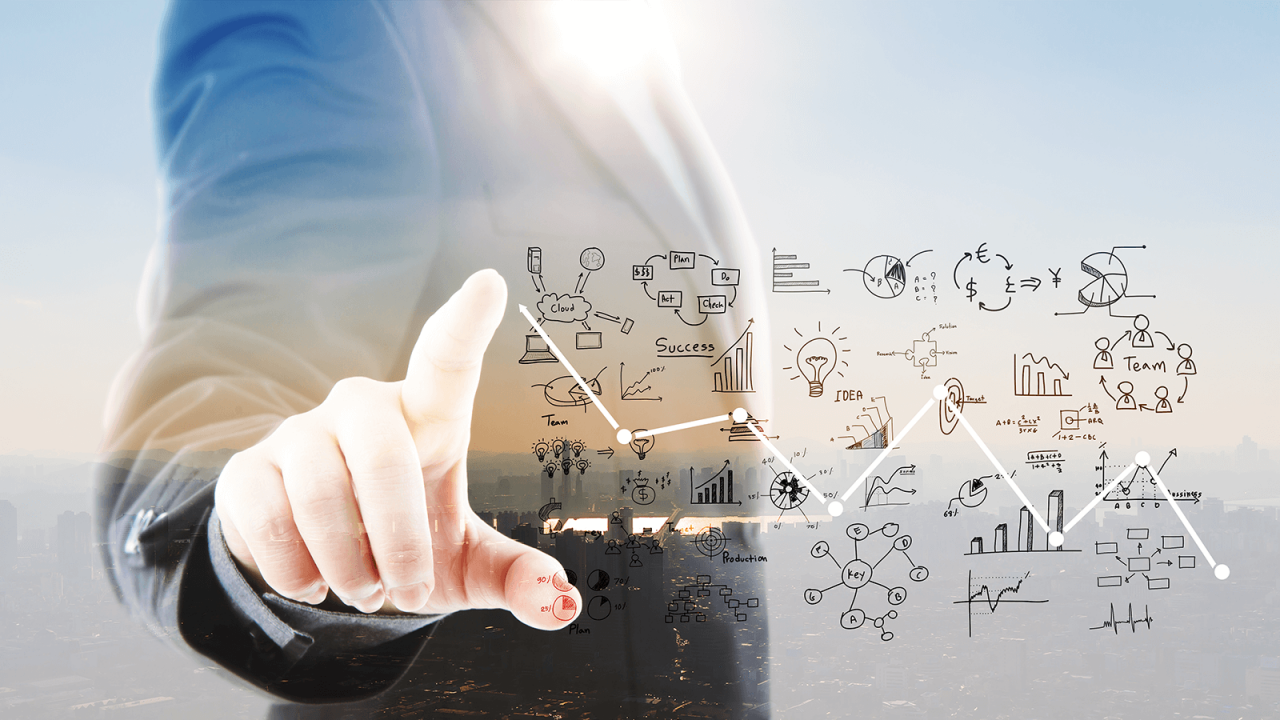 The Future of Construction Site Automation

You are here: Home / IoT / The Future of Construction Site Automation

How will emerging technologies impact and enhance your job site?
The construction site is changing rapidly. Automation, new technologies and methods—and the demands to continuously improve cost, schedule, safety and quality—are all pushing modern construction management into a completely new era. We hear the buzzwords: the Internet of Things, the connected jobsite, analytics. But what do they really mean for the day to day work on a jobsite? How will they really impact the true business goals of construction?

Life on the Construction Site of the Future
Paul Moore has been a project manager for eight years executing a variety of medium to larger commercial construction projects. In this story we imagine the near future and what a typical day would be like on Paul’s project.

Paul is fortunate to have the latest automated site monitoring system in place on this project. His day starts with a weather alert that flags several planned tasks as being potentially impacted. He is able to quickly coordinate with team members to make contingencies for those tasks to minimize schedule and staffing impacts. The recorded weather data is used during future contract discussions with subcontractors about weather impacts to their tasks.

Paul is concerned about a major assembly operation planned for today. He pops open the as-built image archive that the site monitoring system is providing. He is able to zoom in and confirm that the prior metal assemblies were indeed completed correctly, and so he gives the team the go ahead to proceed.

During his walk around, Paul receives an alert about the scheduled drone flight. He looks around to ensure that a flight would be safe and clicks “ok,” allowing the drone to take off from its nest. These aerial images are helpful in planning placement of some major material deliveries coming up. Paul also likes that the fully self-driving drones do not require the kind of operation or training time from his staff that the old ones did.

A small alert screen on his tablet shows the icons representing all staff currently onsite. Staff are automatically screened as they enter, and problems with credentials or safety gear are reflected in icon colors. A touch of the icon can send them a reminder message. All entrances and exits from the site are logged with summary reports available.

His tablet then pops up an urgent alert that he is copied on. The safety officer has received an alert that there is equipment detected in a restricted area. Since he is near the location, he walks over and directs the team to move the equipment and then clicks on the alert to mark it “handled.”

Paul then flips to his “asset planning” screen to see utilization of assets onsite and planned delivery/pickup schedules. He notices a “low” utilization on one of the large excavators. He makes a quick call to his crew and confirms that they indeed had been able to complete some earlier steps quicker than expected. He clicks on the “notify vendor” button ordering that excavator’s early pick up, helping him keep on budget.

He gets a call from the VP of construction, Don. Don was browsing the real-time camera feed images. He noticed that materials for the upcoming pad build had been delivered and placed on the south corner. This would be a problem for the next excavation steps. The alert to Paul meant they avoided delay.

Paul walks to the second-floor bridge structure that had been completed last week. He knows this will be a critical path next week. He pulls up the BIM augmented-reality app on his tablet to view the BIM model overlaid on the site. It describes the next assembly steps. He clicks the image archive for that viewpoint, and replays the timestamped images taken during the last assembly steps. He is able to confirm that the steps were done according to plan. He is confident they are ready for the next step.

Back in the trailer, Paul takes a quick look at the aerial imagery collected by the drone flights this morning. It is nicely overlaid on the floorplan from the BIM, and he quickly notices that there is a gap on the northwest corner. He reaches out to the team and finds out that some materials had been in the way of completing the excavation the day before but have since been moved, and that the team was planning to complete it later today.

Paul receives an alert on his tablet that a new materials delivery has just arrived on the site. The system automatically pops up the planned delivery schedule, so that he can see it is on track. The materials delivery is also displayed on a map of the site so he can quickly see that the location is acceptable. He likes that the site monitoring system will also generate an alert if that material leaves the site. This feature has cut down substantially on material theft from his projects.

At the end of the day, Paul does a final walk around, recording his notes verbally. The notes are automatically turned into a report and include relevant images captured by the site monitoring system. The report is filed to the BIM system.

As Paul heads home, he rests easy knowing that his supervisor will receive real-time alerts of anyone onsite after hours. He can address them directly or “defer” to the monitoring service for dispatch of police. This system helps with both theft deterrence as well as compliance with the company’s safety policies, reducing liability from trespassers.

How We Get There
The above scenario may seem farfetched or off in the distant future. It is not. Below, major trends in several technology areas and business processes that are contributing to the rapid realization of this future are outlined.

Building Information Modeling (BIM)
BIM provides the base framework for integrating and relating pieces of information about the project. It starts with a CAD model of the structures and can add cost, schedule and other information tied to the model. Imagery from the as-built site can be automatically related to the BIM, providing 3D structure and organization to the photographic documentation. The “time” portions of the BIM model also support automation around project milestones and material requirements.

Drones & Ground Robotics
Drones are being deployed today to provide site survey, photography and inspection functions on the construction site. Autonomy functions are starting to appear, allowing drones to operate without training-intensive human operation. Fully autonomous drone flights will allow repeatable image capture and other site monitoring functions to be carried out with minimal labor from the construction staff. Mobile ground robots can be assistants to the crew to move materials around the site, saving time, and improving safety.

Internet of Things (IoT)
The Internet of Things (IoT) is a broad, often confusing technology trend that has to do with processing, sensors and communications moving more and more into everyday “objects.” In the context of construction automation, this is most easily seen in an application like asset tracking. Today’s asset tracking is largely centered on GPS systems being added to large, heavy equipment. But there are a number of technologies, such as Bluetooth Low Energy beacon, that will help take asset tracking down to the tool level. Having low-cost, ubiquitous location and tracking information on assets and materials on the site will have a large impact on construction workflow. The same technologies can be applied to the tracking of people and access to site locations. As these become more widespread, they will be applied to managing workflow and staff, materials handling and safety. Today, embedded sensors with communications are being used to automatically measure curing of concrete and shaving days and weeks off construction schedules while maintaining necessary safety parameters.

Augmented Reality
Augmented Reality (AR) is a set of technologies used for displaying digital information overlaid on the real world. AR will be particularly relevant for bridging CAD/BIM models of structures to the structure being built. It will streamline and simplify all construction tasks that involve “matching” the plan with where you currently are in the process. AR can make information retrieval as simple as standing and looking at a site location and having (only) relevant information appear.

Wireless and self-powered systems
Nowhere is wireless/battery powered capability more valuable than on a construction site where the landscape is, literally, continuously changing. Running wires or even having power is most often not an option. Trends in low-power electronics and high-bandwidth wireless communications such as LTE will continue to have a huge impact on construction by being able to bring the digital tools directly onto the construction site instead of staying locked in the trailer.

Video and Sensor Analytics
Video or sensor analytics is a suite of technologies for using algorithms to do detection and identification of events and patterns in digital data such as images. This technology will have a large impact in such construction areas as automatically recording project status (e.g., automatic identification of a material or asset type and location), implementing safety policies and site security. Companies are already starting to deliver applications that can analyze workers on a site to determine if they are wearing necessary safety gear.

The Future Starts Now
This is Sensera System’s vision for the future of construction automation. We have already begun delivering this future with the most advanced and affordable automated site monitoring solutions on the market. This has made us the fastest growing construction site camera vendor. The future starts now!

There are absolutely construction solutions that can do both; however, progress and security considerations are usually quite different. With productivity ...

What Security and Safety Alerting Tech is right for You?

There are two main use cases for ‘alerting’ technology on today’s jobsite: Security and Safety. Security: Security specific cameras should ...

Construction Technology: Ensuring You Choose the Right Solution, and it's Scalable

Construction technology has come a long way and it’s important to understand how you can leverage the technology for what ...

Tip 3: Leveraging Your Camera’s Interface for Success If you’re monitoring your construction site remotely, there are some features that ...

Tip 2: Optimizing Your Camera’s Features for Surveillance Site cameras have many great features that can vary by brand and ...

Tip 1: Using Your Site Cameras for Remote Monitoring & Security Like many industries, construction has been hit hard by ...